Posted on January 13, 2016 | Comments Off on Grow Greens Indoors this Winter

January can be a tough month for gardeners. Thumbing through seed catalogs is a nice diversion for a while, but then what?

Instead of using your green thumb to turn pages in a catalog, you can stretch it with a couple of easy indoor gardening projects. Each of these projects takes minutes to plant, and in a few weeks you’ll have something delicious, green and growing in your kitchen. You probably already have most of the supplies to get started today.

Instructions:
1. Place a paper coffee filter to cover the container hole.
2. Fill container with potting soil and add water to moisten the soil.
3. Separate the garlic into individual cloves; leave skin on.
4. Arrange the cloves in the container, planting 1-2 inches apart.
5. Push cloves into the potting soil, about 2/3rds of the way in, pointed end up.
6. Water in; place the container in a window or spot with indirect sunlight.
7. Keep soil moist and you’ll see the garlic sprout in about a week or so.

When the greens are 6 inches tall, clip and use. The cloves will keep growing for at least several more cuttings.

Micro greens can be planted outside in early spring, but they can grow indoors, too. These small green leaves are tasty and nutritious when used to top green salads, sprinkled into sandwiches instead of lettuce, stirred into omelets or any other way you’d like to eat them.

1. Punch small holes in the bottom of the container for drainage; cover holes with paper coffee filters. Place the container on tray to catch drips.
2. Fill container with several inches of soil (about 2 or 3 inches).
3. Moisten the soil; allow excess water to drain and discard.
4. Scatter seeds over the top of the soil; cover with a thin layer of soil.
5. Use a spray bottle to moisten seeds.
6. Place container on a sunny windowsill or under grow lights placed several inches above the top of the plants.
7. Keep soil evenly moist, but not overly saturated; don’t let seeds dry out.
8. Look for seeds to sprout and grow their first leaves in about a week or two.

When plants are about 2 inches tall and have one or two more sets of leaves, use scissors to clip greens and enjoy.

Do you have an indoor gardening project that keeps you busy in winter? Please share your ideas here!

Comments Off on Grow Greens Indoors this Winter

Posted on January 6, 2016 | Comments Off on Understanding Steppe Regions: A Key to Successful Front Range Gardening

Can we all agree that Colorado’s climate can be confounding? With wide temperature swings, drought years (2002), wet years (2014), frequent high, drying winds and “seasonal confusion” which  sometimes brings frost in May and snow around Labor Day, this is not a region for the faint-hearted gardener. By understanding the ecological makeup of our area and its relationship to other areas in the world, we can enhance our appreciation of the native environment and use this knowledge to increase gardening success.

It’s clear that steppe plants have sturdy constitutions, able to  endure climatic shifts from season to season and year to year. During drought cycles, some may produce fewer flowers, as a way of surviving and later regenerating when conditions improve. Others may adapt to excess moisture but truly thrive during dry periods. Seeds can also lay dormant in soil for many years before germinating, which explains the seemingly random reappearance of a plant after many absent seasons.

Colorado Gardening: A Challenge to Newcomers – solid, practical tips for gardening in our steppe region.

Plant Select – a collection of plants which adapt well to the western garden, many of which have steppe origins.

Delosperma Firespinner – Plant Select groundcover  which was collected by DBG horticulturists on the eastern cape of South Africa.  Photo courtesy of Plant Select.

Denver Botanic Gardens – an opportunity to experience steppe plants in person, explore the steppes through the interactive displays at the Science Pyramid or the website. 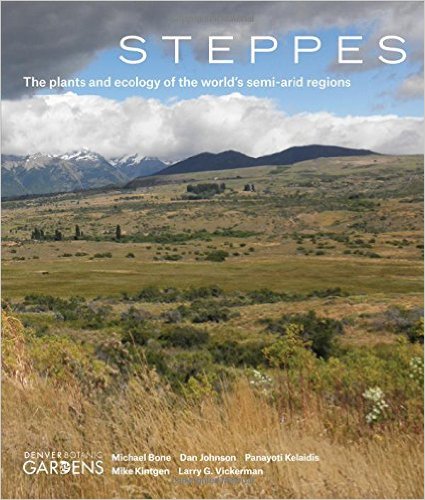 Enjoy these resources during the gardening off season!

Comments Off on Understanding Steppe Regions: A Key to Successful Front Range Gardening